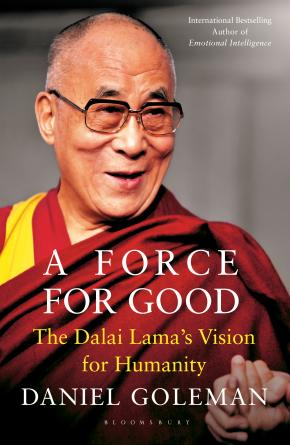 A Force for Good

The Dalai Lama's Vision for Our World

For decades, the Dalai Lama has travelled the world, meeting with people from a wealth of countries who differ greatly in their background, social status and viewpoint, bringing them his own individual wisdom and compassion. In his encounters with everyone from the inhabitants of shantytowns in S.o Paulo and Soweto to heads of state in Davos and Washington D.C. the Dalai Lama saw similar problems: a set of values that have helped the very rich to advance beyond the multitudinous poor, a disregard for the environment that could lead to our downfall and governments in paralysis to progress with any policies that might reverse any negative trajectory.. . Now, as he turns 80, having built up a knowledge of the world we live in today, the Dalai Lama gives us his vision of a better future, one that puts the concerns of humanity at large, and explains how we can get there. Upending what he sees as a mixture of cynicism and self-interest, the Dalai Lama offers a radically different perspective and a vision that can be followed by people around the globe. From cultivating a capacity for caring that transcends religious, ideological and national boundaries, to creating an economic system that applies principals of fairness and which values fulfilment, this radical declaration will focus on what matters rather than what is urgent. . . In his unique manifesto, the Dalai Lama presents a new perspective on the world as we know it, one that can bring hope to millions, that will endure beyond the present day and that has the potential to shape humanity as we know it.