Marlon James, the 44-year-old now Minneapolis resident, is the first Jamaican author to win the prize in its 47-year history.

A Brief History of Seven Killings is a 686-page epic with over 75 characters and voices. Set in Kingston, where James was born, the book is a fictional history of the attempted murder of Bob Marley in 1976. Of the book, the New York Times said: ‘It’s like a Tarantino remake of “The Harder They Come”, but with a soundtrack by Bob Marley and a script by Oliver Stone and William Faulkner...epic in every sense of that word: sweeping, mythic, over-the-top, colossal and dizzyingly complex.' 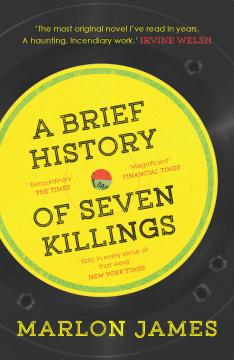 A Brief History of Seven Killings

Marlon James was born in Kingston, Jamaica in 1970. He graduated from the University of the West Indies with a degree in literature. He currently teaches a creative writing course in Minnesota and is working on his next novel.