In 2018, we’re celebrating 10 years of the Indie Book Awards. The Awards recognise and celebrate the indie booksellers as the number one supporters of Australian authors. Since the Awards inception ten years ago, Indies have a well-deserved reputation for picking the best of the best in Australian writing. Past Book of the Year winners have gone on to be bestsellers and win other major literary awards. Previous winners include: The Dry by Jane Harper; The Natural Way of Things by Charlotte Wood; The Bush by Don Watson; The Narrow Road to the Deep North by Richard Flanagan; The Light Between Oceans by M.L. Stedman; All That I Am by Anna Funder; The Happiest Refugee by Anh Do; Jasper Jones by Craig Silvey; and Breath by Tim Winton.

The Longlist for the Indie Book Awards 2018 is: 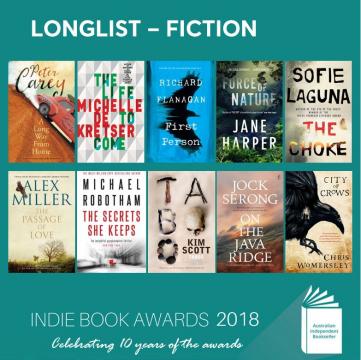 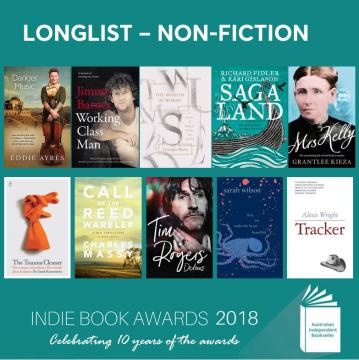 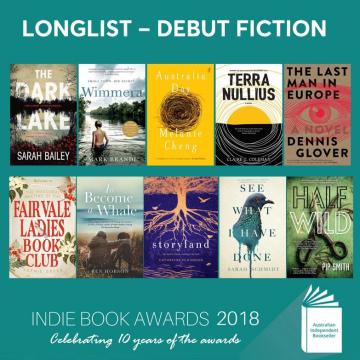 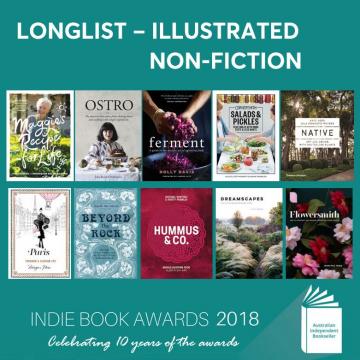 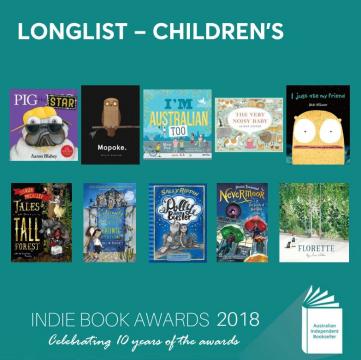 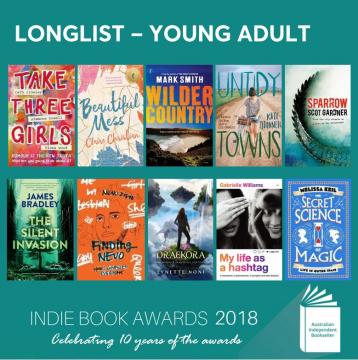 The Shortlist will be announced on 15 January 2018, with the Category Winners and the Overall Book of the Year Winner being announced at the Leading Edge Books Annual Conference Awards Dinner to be held on Monday 26 March, 2018 in Hobart, TAS. 2018 marks the 10th anniversary of the Indie Book Awards. Come and celebrate with us.