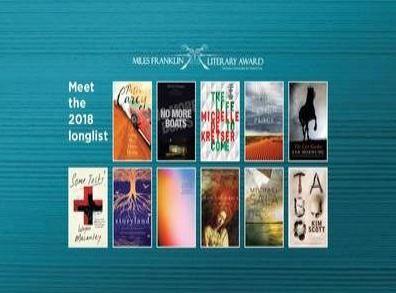 Miles Franklin award is one of the most prestigious literary prizes in Australia. The award was established by author Stella Miles Franklin, popular for her book My Brilliant Career. The longlist of this year's Miles Franklin award, which has six women and five men competing for the award, valued at $60,000, was recently announced.

Previous Miles Franklin winners Peter Carey, Michelle de Kretser and Kim Scott are among the 11 authors longlisted for the 2018 literary award – a group whittled down from a total of 71 submissions, reads a report by The Guardian. The longlist also includes authors Wayne Macauley for his novel Some Tests, Gerald Murnane for Border Districts, Michael Sala for The Restorer and Eva Hornung for the novel The Last Garden.

Miles Franklin 2018 award will be judged by a panel led by Richard Neville, State Library of NSW. The panellists include Australian columnist Murray Waldren, book critic Dr Melinda Harvey, bookseller Lindy Jones and Professor Susan Sheridan according to The Guardian.

“The longlist for the Miles Franklin Literary award 2018 spans many genres of the novel: historical, fantastical, realist, satirical, allegorical and autobiographical... The books take us back in time to consider the effects of the past, or address the issues of contemporary life, or give glimpses of an uncertain, even frightening future," Neville said.

1. A Long Way from Home by Peter Carey

2. No More Boats by Felicity Castagna

(Photo: Giramondo Publishing)
The book highlights the fear faced by refugees. The story is about a man, who was a migrant himself once, and shows the anxieties he feels and how he is brought to a breaking point by the Tampa crisis.

3. The Life To Come by Michelle de Kretser

( Photo: Allen & Unwin)
Set in Sydney, Paris and Sri Lanka, the novel revolves around the lives of three individuals. Pippa, a writer, awaits success in her career. Celeste has feelings for her married lover and tries to convince herself that he loves her too. Ash makes blots out his tragic childhood memory from Sri Lanka. The book highlights how the past and the future can change the present.

4. The Crying Place by Lia Hills
(Photo: Allen & Unwin)
Lia Hills' debut book The Crying Place is a book about love, country and how we grieve. The story revolves around Saul, who after years of travelling is now trying to settle down. One night he gets the news about his friend Jed's death. Jed was working with a remote aboriginal community. When Saul discovers the photo of a woman in Jed's belongings, he sets in search of her to find the truth.

5. The Last Garden by Eva Hornung
(Photo: Text Publishing)
The narratives is set in the settlement of Wahrheit, who in exile await the return of the Messiah. With each passing day, Pastor Helfgott feels that the community’s faith is reducing. Parallelly, Matthias Orion shoots his wife and commits suicide, on the same day as their son Benedict returns from his boarding school. A shocked Benedict tends to horses and tries to hold his broken self together while pastor Helfgott watches over Benedict over the years. Both of them try to come to term of their past in their own capacities.

6. Some Tests by Wayne Macauley
(Photo: Text Publishing)
Some Tests is about getting up one morning to find out that your ordinary life has changed forever. The story revolves around Beth who wakes up one morning feeling a bit off-colour. She is sent to Dr Yi for some tests who later recommends her to Dr Twoomey for some more tests. The series of referral specialists and tests keep on increasing with no end in sight for her Beth.

7. Storyland by Catherine McKinnon
(Photo: Harper Collins Australia)
Storyland is a moving fictional tale about Australia: its past, present and future. The story begins in 1796 when Will Martin, a young cabin boy, sets out on a voyage with Matthew Flinders and Mr Bass in a tiny boat south from Sydney Cove to the Illawarra. Spanning over four centuries, the book tells the story of people and place - in turn telling the story of Australia.

8. Border Districts by Gerald Murnane
(Photo: Giramondo Publishing)
Border Districts follows a man who moves to a remote town in the border country from the capital city to spend the last few years of his life. This is the time to review a lifetime of seeing and reading, he believes. He then decides to work on his “report” not knowing what secrets will it bring to light.

9. From The Wreck by Jane Rawson
(Photo: Transit Lounge)
The novel tells the story of George Hills, who survived from a sinking ship in 1859. He is haunted by his memories of the tragic incident, while his life is intertwined with a woman from another dimension who is seeking refuge on Earth. The book touches the themes of loneliness and the awareness that all life is interdependent.

10. The Restorer by Michael Sala
(Photo: Text Publishing)
The Restorer is a story about a broken family trying to get back together. Maryanne returns to her husband Roy, along with their eight-year-old son Daniel and his teenage sister Freya after living alone for a year. The family then moves from Sydney to Newcastle, and Maryanne hopes to rebuild their life together. But Freya doesn't wish to stay together, while Daniel's mischiefs infuriate Roy. This causes more tension between Roy and Maryanne leading to devastating consequences.

11. Taboo by Kim Scott
(Photo: Pan Macmillan Australia)
Set in the present day rural Australia, the book tells the story of a group of Noongar people who revisit a taboo area after several decades. The site is infamous for a massacre by the Noongar's descendants, which happened after the assassination of a white man for stealing a black woman. The Noongar's are invited by Dan Horton, the owner of the farm where the massacre happened. By inviting them, he hopes to cleanse the moral stain of the site and fulfil his wife's last wishes.