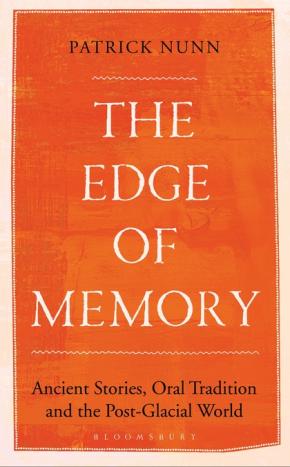 The Edge of Memory

In today's society it is generally the written word that holds the authority. We are more likely to trust the words found in a history textbook over the version of history retold by a friend – after all, human memory is unreliable, and how can you be sure your friend hasn't embellished the facts? But before humans were writing down their knowledge, they were telling it to each other in the form of stories. The Edge of Memory celebrates the predecessor of written information – the spoken word, tales from our ancestors that have been passed down, transmitting knowledge from one generation to the next. Among the most extensive and best-analysed of these stories are from native Australian cultures. These stories conveyed both practical information and recorded history, describing a lost landscape, often featuring tales of flooding and submergence. These folk traditions are increasingly supported by hard science. Geologists are starting to corroborate the tales through study of climatic data, sediments and land forms; the evidence was there in the stories, but until recently, nobody was listening. In this book, Patrick Nunn unravels the importance of these tales, exploring the science behind folk history from various places – including northwest Europe and India – and what it can tell us about environmental phenomena, from coastal drowning to volcanic eruptions. These stories of real events were passed across the generations, and over thousands of years, and they have broad implications for our understanding of how human societies have developed through the millennia, and ultimately how we respond collectively to changes in climate, our surroundings and the environment we live in.