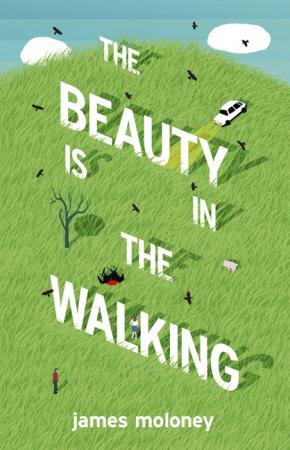 Beauty is in the Walking

In the bestselling tradition of The Curious Incident of the Dog in the Night-Time and Wonder.

Jacob O'Leary is entering his final Year 12 term at school in Palmerston, a country town struggling to survive in a changing world. He also has Cerebral Palsy. Thanks to the tireless efforts of his mother he can walk unaided, but people are nonetheless aware of his disabilities. This is not what is really bugging Jacob, though. It's girls. He's never even kissed one. He sets out to address this and it seems that his secret love, Amy, is eager for a relationship too. The small town of Palmerston is, however, being stalked by a dark presence: someone is mutilating animals. First a horse, then a pig living on the school's farm. Two Muslim families have recently arrived in town to help the local abattoir produce Halal meat. When a Muslim boy, Mahmoud, is accused of killing the pig, Jacob takes it on himself to prove the whole town wrong. But Jacob has never even spoken to Mahmoud, so what is he up to? Is he just being politically correct to please his teachers and new girl, Chloe? Or is this really about Jacob establishing an identity for himself and breaking away from the love and sympathy that has both nurtured and held him back? Jacob makes a good fist of being a sleuth, but in a small-minded town battling its own demons, what will his discoveries cost him with Amy, and will his need for protective friendships pull him back into the safe life he's grown so accustomed to?