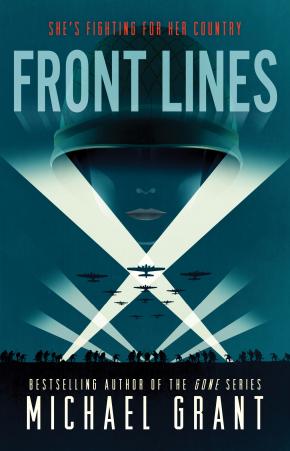 The tense, exciting and moving new series from, master of suspense Michael Grant

1942. The fate of the world rests on a knife’s edge. And the soldiers who can tip the balance . . . are girls.
Set in an alternate World War II where young women are called up to fight alongside men, this is the story of Rio Richlin and her sisters-in arms as they go into battle against Hitler’s forces.
But not everyone believes that the girls should be on the front lines of war. Now Rio and her friends must fight not only to survive, but to prove their courage and ingenuity to a sceptical world.
Age: 12+