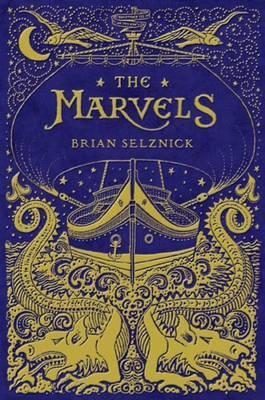 Simple on the surface, complex underneath, The Marvels is Selznick’s most ambitious book to date!

A mesmerising adventure about the power of story. Two seemingly unrelated stories—one in words, the other in pictures—come together with seamless, ingenious synergy. We open in 1766 with a visual story: Young Billy Marvel becomes the lone survivor of a shipwreck. Returned to London, he grows up in a theatre, where we follow the dramatic trials and triumphs of his progeny over five generations... Cut to 1990, with a narrative story: Lost and alone, and on the brink of expulsion from yet another boarding school, Joseph impulsively runs away to search for his best friend. He finds himself swept up with an erratic man in a strange and beautiful house full of secrets— secrets that compel Joseph to undertake a treasure hunt.

Give Me Some Space!

Carbon-Neutral Adventures of the Indefatigable Enviroteens

First Dog on the Moon