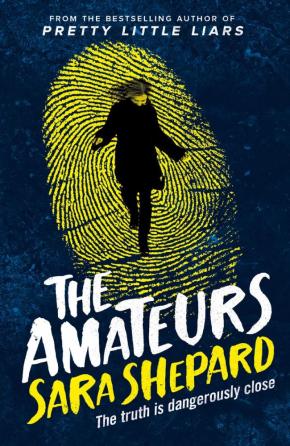 A fantastic new mystery series from the author of the world wide bestseller Pretty Little Liars. Everyone is dying to know the truth...

When Aerin Kelly was eleven, she idolised her seventeen-year-old sister, Helena, and they did everything together. They made Claymation movies and posted them to YouTube. They made fun of Windmere-Carruthers, the private school they attended, they invented new flavours for their parents' organic ice cream shop, and they dressed up their golden retriever, Buster. But when Helena went into senior year things started to change. Rather than being Aerin's inseparable sister, she started to push her away. Then, on a snowy winter's day, Helena vanished.

Four years later, Helena's body is found. Wracked with grief and refusing to give up on her sister, Aerin spends months trying to figure out what exactly happened to Helena and who killed her. But the police have no leads. A young, familiar officer named Thomas wants to help and suggests she checks out a website called Case Not Closed. Hesitantly, she posts, and when teenagers Seneca and Maddox show up on her doorstep offering to help investigate she accepts in desperation. Both have suffered their own losses and also posted to the site with no luck, so they are hoping this case might be the one they crack. But as their investigation begins, it seems that maybe it's no accident that they are all together, and that maybe the crimes have something - or someone - in common.