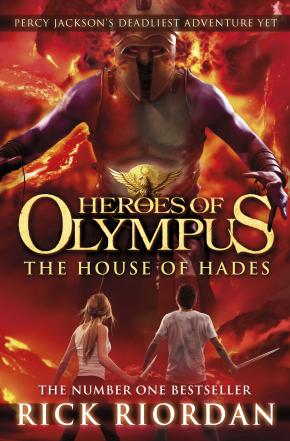 The House of Hades Heroes of Olympus Series : Book 4

The fourth book in the worldwide bestselling series.9-12

A thousand deadly monsters. Three battling demigods. One fatal decision. Hazel looked behind Hecate at the middle gateway. She saw Percy and Annabeth sprawled helplessly before those black-and-silver doors. A massive dark shape, vaguely humanoid, now loomed over them, its foot raised as if to crush Percy. 'What about them?' hazel asked, her voice ragged. 'Percy and Annabeth?' Hecate shrugged. 'West, east or south . . . they die.' 'Not an option,' Hazel said. 'Then you have only one path – and that's the most dangerous of all . . . '