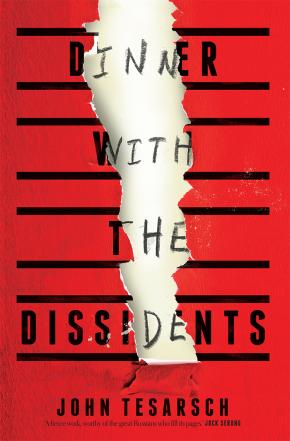 Dinner with the Dissidents

Dinner with the Dissidents is a gripping portrayal of tumultuous times, and a thrilling story of love, courage and deception.

It is 1970, and the Kremlin is struggling to quell dissent. Though censored at home, Alexander Solzhenitsyn is lauded in the West for exposing the underbelly of communism. Now the Nobel laureate is rumoured to be writing his most devastating work yet. The KGB turns to Leonid Krasnov, an aspiring young writer. It promises to make him Moscow’s next literary star if he can infiltrate Solzhenitsyn’s inner circle and uncover what the great author is hiding. At first Leonid complies, but when he falls in love with Klara, a dissident musician, his allegiances waver. By then he is enmeshed in a plot that is more sinister than he could ever have imagined. Many years later, Leonid is a recluse living in Canberra under an assumed name. Haunted by his past, he seeks one last, desperate chance to make amends.