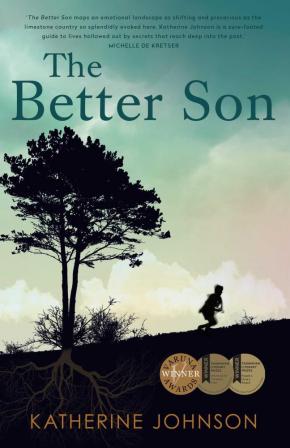 1952. Tasmania. The green, rolling hills of the dairy town Mole Creek have a dark underside — a labyrinthine underworld of tunnels that stretch for countless miles, caverns the size of cathedrals and underground rivers that flood after heavy rain.

The caves are dangerous places, forbidden to children. But this is Tasmania — an island at the end of the earth. Here, rules are made to be broken.

For two young brothers, a hidden cave a short walk from the family farm seems the perfect escape from their abusive, shell-shocked father — until the older brother goes missing. Fearful of his father, nine-year-old Kip lies about what happened. It is a decision that will haunt him for the rest of his life.

Fifty years later, Kip — now an award-winning scientist — has a young son of his own, but cannot look at him without seeing his lost brother, Tommy. On a mission of atonement, he returns to the cave they called Kubla to discover if it’s ever too late to set things right. To have a second chance. To be the father he never had.

The Better Son is a richly imaginative and universal story about the danger of secrets, the beauty in forgiveness and the enthralling power of Tasmania’s unique natural landscapes.