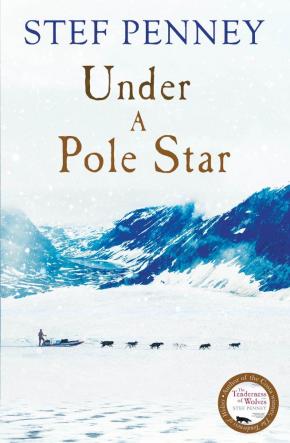 Under A Pole Star

An epic historical novel from the author of the Costa-winning THE TENDERNESS OF WOLVES, for fans of Victoria Hislop and Jessie Burton.

Flora Mackie was twelve when she first crossed the Arctic Circle on her father's whaling ship. Now she is returning to the frozen seas as the head of her own exploration expedition. Jakob de Beyn was raised in Manhattan, but his yearning for new horizons leads him to the Arctic as part of a rival expedition. But when he and Flora meet, all thoughts of science and exploration give way before a sudden, all-consuming love. The affair survives the growing tensions between the two groups, but then, after one more glorious summer on the Greenland coast, Jakob joins his leader on an extended trip into the interior. Neither of them ever return. The stark beauty of the Arctic ocean, where the pack ice can crush a ship like an eggshell, and the empty sweep of the tundra, alternately a snow-muffled wasteland and an unexpectedly gentle meadow, are vividly evoked. Against this backdrop Penney weaves an irresistible love story, a compelling look at the dark side of the golden age of exploration, and a mystery that Flora, returning one last time to the North Pole as an old woman, will finally lay to rest.