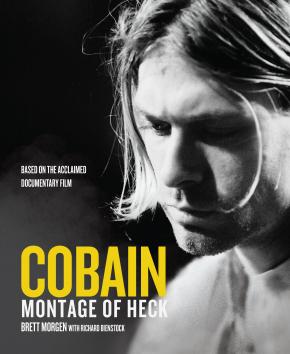 by Brett Morgan and Richard Bienstock

The riveting companion book to the highly anticipated documentary about the life of Nirvana frontman and grunge legend Kurt Cobain, featuring expanded exclusive interviews with the family and friends who knew him best and never-seen-before photographs and artwork.

More than twenty years have passed since Kurt Cobain took his own life in April 1994. Today, his legacy continues to fascinate, inspire, and haunt us. This riveting chronicle, which accompanies award-winning director Brett Morgen's highly anticipated documentary, paints an illuminating and honest portrait of the Nirvana frontman, capturing the contradictions that made up his character: he could be sincere and sentimental and also ironic and sarcastic, was sweet yet sour, and was both serious and very funny. This book - the only book about Kurt that has been produced with the cooperation of his widow, Courtney Love, and the Cobain Estate - includes interviews with numerous family members and friends, many of whom speak publicly about their relationship with Kurt for the first time, along with animation stills from the film, never-before-seen photographs, and other artefacts, offering revealing new insights into the life and character of Kurt Cobain. It is the ultimate book for fans of Nirvana, whose popularity continues to endure, and of Kurt, who remains a fascinating icon of popular culture.