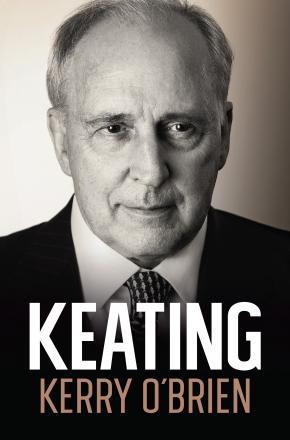 The life of one of Australia's most intriguing public figures, former Prime Minister Paul Keating, as told to the country's most influential political interviewer, Kerry O'Brien.

Paul Keating is widely credited as the chief architect of the most significant period of political and economic reform in Australia's history. Twenty years on, there is still no story from the horse's mouth of how it all came about. No autobiography. No memoir. Yet he is the supreme story-teller of politics. This book of revelations fills the gap. Kerry O'Brien, the consummate interviewer who knew all the players and lived the history, has spent many long hours with Keating, teasing out the stories, testing the memories and the assertions. What emerges is a treasure trove of anecdotes, insights, reflections and occasional admissions from one of the most loved and hated political leaders we have known-a man who either led or was the driving force through thirteen years of Labor government that changed the face of Australia. This is a man who as prime minister personally negotiated the sale of a quarter of the government-owned Qantas in his own office for $665 million, then delighted in watching the buyer's hand shake so much that champagne spilt down his shirtsleeve. He tells of his grave moment of doubt after making one of the riskiest calls of his political life, and how he used an acupuncturist and a television interviewer to seize the day. There are many stories of this kind. The revealing inside stories and even glimpses of insecurities that go with the wielding of power, from a man who had no fear collecting his share of enemies and ended up with more than enough, but whose parliamentary performances from 25 years ago are watched avidly on YouTube today by a generation that was either not yet born or in knee pants when he was at his peak. We'll never get an autobiography or a memoir from Keating. This is as good as it gets-funny, sweeping, angry, imaginative, mischievous, with arrogance, a glimmer of humility and more than a touch of creative madness. Keating unplugged.