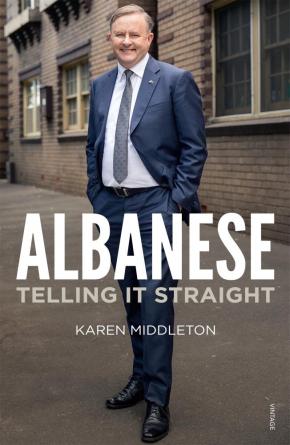 The moving personal story behind the very public political face of Labor's Anthony Albanese, written with the cooperation of Albo. As much a window on the recent turbulent years of politics u from the man who was often in the middle of the room where everything was happening, and who became the Deputy Prime Minister u as a heartbreakingly personal story of family and belonging. Anthony Albanese ( Albo') was brought up by a fiercely protective mother, Maryanne, whom he adored. Like any loving mother, she was driven to help her son to succeed, to put her life on hold and sacrifice everything she had to support him and help him become the very best version of himself he could be. Her belief in him was absolute, and she played the part of both mother and father to him. Until he was 14 years old Anthony believed that his father had married his mother, but had died in an accident before he was born. At the age of 14 she finally sat him down and told him the truth ...This is a moving story of a politician who really believes. It is the story not only of the tough game of politics from an insider who lives it, but also of family secrets and a mother's sacrifices for her son