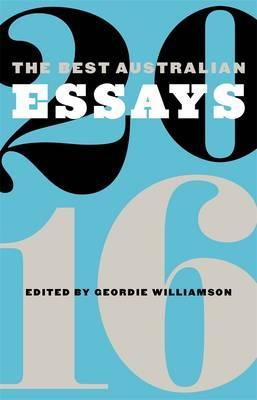 Edited by Geordie Williamson - former chief literary critic of the Australian and the publisher of Pan Macmillan's Picador imprint.

Agile hard-hitting, symphonic – Australia has much to celebrate in its non-fiction writing. Geordie Williamson gathers the Best Australian Essays in his role as editor for a second year. Expect an enthralling mix of evocation and ideas, politics and culture.