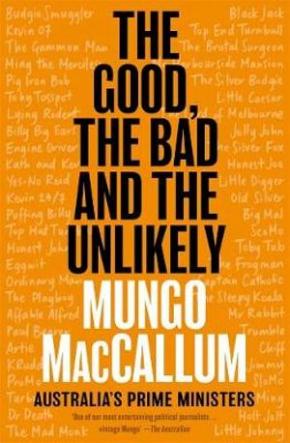 The Good, the Bad and the Unlikely

A history of the thirty politicians who have run Australia since federation in 1901.

Edmund Barton united the bickering states in a federation. The unlucky Jimmy Scullin took office days before Wall Street crashed into the Great Depression, while John Curtin faced the ultimate challenge of wartime leadership. John Gorton, Gough Whitlam and Paul Keating each shook up their parties' policies so vigorously that none lasted much longer than a single term in office. Julia Gillard overthrew Kevin Rudd and Kevin Rudd overthrew Julia Gillard, thus paving the way for Tony Abbott - until he was overthrown by Malcolm Turnbull. Now updated to include Scott Morrison's takeover from Malcolm Turnbull.