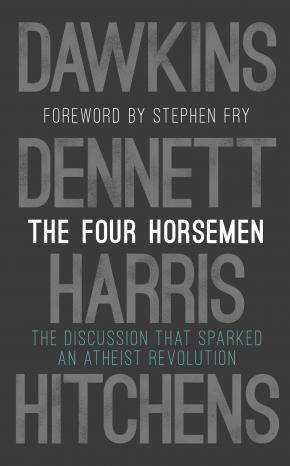 The transcript of the one and only conversation between 'the four horsemen' of New Atheism, with new introductions from Dawkins, Dennett and Harris and a sparkling foreword by Stephen Fry.

Known as the `four horsemen' of the New Atheism, these four big thinkers of the twenty-first century met only once. Their electrifying examination of ideas on this remarkable occasion was intense and wide-ranging. Everything that was said as they agreed and disagreed with one another, interrogated ideas and exchanged insights - about religion and atheism, science and sense - speaks with urgency to our present age.

Questions they asked of each other included: `Is it ever possible to win a war of ideas? Is spirituality the preserve of the religious? Are there any truths you would rather not know? Would you want to see the end of faith?'

The dialogue on that unique occasion was recorded, and is now transcribed and presented here with new introductions from the surviving three horsemen.

With a sparkling introduction from Stephen Fry, it makes essential reading for all their admirers and for anyone interested in exploring the tensions between faith and reason.