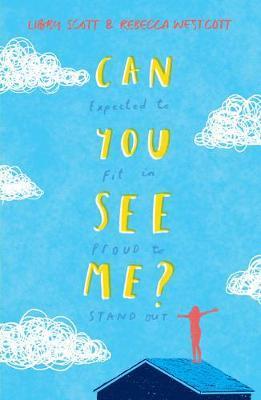 Can You See Me?

An insightful and compelling story of autism that readers wonâ€™t want to put down. Co-written by blogger Libby Scott, an eleven-year-old living with autism, it charts her struggles to fit in and adapt to a world that doesnâ€™t fully understand her. Libbyâ€™s voice brings enormous authenticity to this powerful read, which explains her struggles with compassion and accuracy as it documents the tricky transition to secondary school.

Tally is ten years old and she's just like her friends. Well, sometimes she is. If she tries really hard to be. Because there's something that makes Tally not the same as her friends. Something she can't ignore, no matter how hard she tries: Tally is autistic. Tally's autism means there are things that annoy her even though she wishes they wouldn't. It means that people misunderstand her and feel frustrated by her. People think that because Tally's autistic, she doesn't realise what they're thinking, but Tally sees and hearsand noticesall of it. And, honestly? That's not the easiest thing to live with.