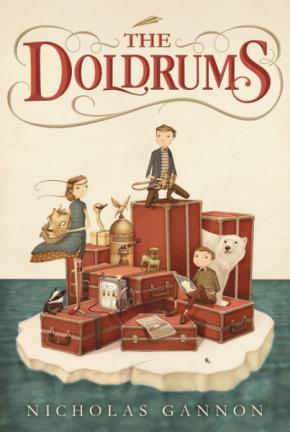 For fans of the best-selling WITHERING-BY-SEA, an exquisitely illustrated novel from talented debut Nicholas Gannon that is perfect for the Christmas market and beyond.

Archer B. Helmsley has grown up in a house full of oddities and treasures collected by his grandparents, the famous explorers. He knows every nook and cranny. He knows them all too well. After all, ever since his grandparents went missing on an iceberg, his mother barely lets him leave the house. Archer B. Helmsley longs for adventure. Grand adventures, with parachutes and exotic sunsets and interesting characters. But how can he have an adventure when he can't leave his house? It helps that he has friends like Adelaide L. Belmont, who must have had many adventures since she ended up with a wooden leg. (Perhaps a crocodile ate it. Perhaps not.) And Oliver Glub. Oliver will worry about all the details (so that Archer doesn't have to). And so Archer, Adelaide and Oliver make a plan. A plan to get out of the house, out of their town entirely. It's a good plan. Well, it's not bad, anyway. But nothing goes quite as they expected.

The Princess in Black and the Bathtime Battle