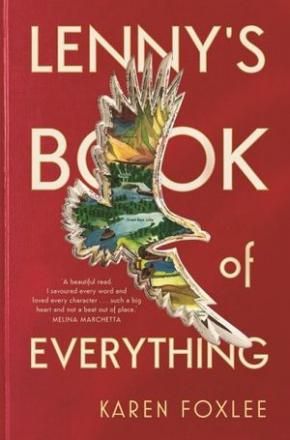 Lenny's Book of Everything

Karen Foxlee is an Australian author who writes for both kids and grown-ups.

Her first novel The Anatomy of Wings won numerous awards including the Dobbie Award and the Commonwealth Writers' Prize for Best First Book. Ophelia and the Marvellous Boy, Karen's first novel for children, was published internationally to much acclaim while her second novel for younger readers, A Most Magical Girl, won the Readings Children's Fiction Prize in 2017 and was CBCA shortlisted the same year.

Karen lives in South East Queensland with her daughter and several animals, including two wicked parrots, who frequently eat parts of her laptop when she isn't looking. Her passions are her daughter, writing, day-dreaming, baking, running and swimming in the sea.

The Princess in Black and the Bathtime Battle