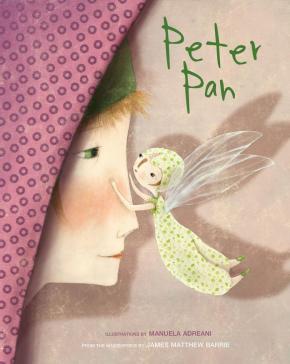 Manuela Adreani was born in Rome and currently lives in Turin.

After receiving her high school degree with specialisation in illustration, she worked as a graphic designer before moving to the world of animation. After winning a scholarship for a Masters in Animation at the IED in Turin, she worked for Studio Lastrego e Testa on the TV series "Le avventure di Aladino" and "Amita della Giungla," produced and broadcast by RAI, and on the short feature "La Creazione," produced for the book of the same title by Carlo Fruttero. In 2011, she commenced her career as a freelance illustrator, collaborating with Benchmarck and Scholastic India. She is among the winners of the illustration competition commemorating the 130th anniversary of Pinocchio's creation.