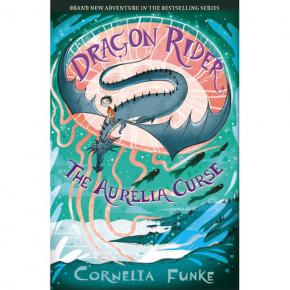 Dragons, myth and magic unite in the third instalment of Cornelia Funke's bestselling epic fantasy-adventure series! Dragon Rider has now been adapted for the big screen in a major animation with a stellar cast including Felicity Jones and Patrick Stewart, available on Sky Cinema.

The third dragon adventure from the legendary author of Inkheart, Cornelia Funke - over one million English language copies of DRAGON RIDER sold worldwide, and now a major movie on Sky Cinema! Ben and the Greenblooms must protect a mythical new creature rising from the ocean that can bring light or darkness to whoever it first meets - a vast, mythical Aurelia. It's a race against time to protect it, for if the Aurelia is hurt, all fabulous creatures will vanish from Earth. In the end though, it may take the arrival of the original silver dragon, Firedrake, to help save them all . . .