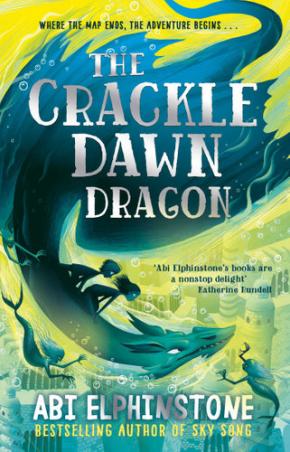 Live a life filled with adventure with Abi Elphinstone in this magical series where a whole new world is waiting to be discovered! This series will not only leave children entertained, but will also empower them to battle climate change and environmental issues.

11-year-old Zebedee Bolt is on the run. Again. Only this time it's not the police who find him. It's an evil harpy called Morg. And when she hauls him into Crackledawn, an Unmapped kingdom that conjures sunlight for our world, Zeb discovers running away only gets you so far. When magic is involved, you've got to pick a side. And though Zeb vowed he wouldn't trust anyone ever again, he didn't expect to stumble aboard The Kerfuffle, an enchanted boat belonging to a girl called Oonie and her talking chameleon, Mrs Fickletint. Suddenly, Zeb finds himself on a voyage complete with silver whales, fire krakens and underwater palaces. Can he muster up enough trust in others, and in magic, to summon a dragon, find the Ember Scroll and defeat Morg once and for all? This is a story about saving the world but it's also a story about trusting friends, and chameleons, even when kingdoms are falling apart.