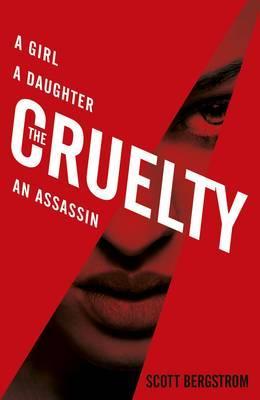 A groundbreaking YA thriller following a diplomat's daughter from New York to Europe's criminal underworld in search of her kidnapped father.

The Cruelty is the first book from a groundbreaking new YA voice: an utterly compelling thriller. When Gwendolyn Bloom realizes that her father has been kidnapped, she has to take matters into her own hands. She traces him from New York City across the dark underbelly of Europe, taking on a new identity to survive in a world of brutal criminal masterminds. As she slowly leaves behind her schoolgirl self, she realizes that she must learn the terrifying truth about herself. To overcome the cruelty she encounters, she must also embrace it.