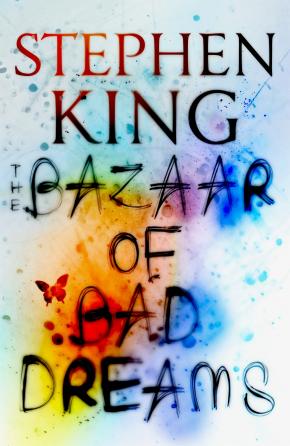 A thrilling collection of twenty stories - some brand new, some published in magazines, all entirely brilliant and assembled in one book for the first time. With bonus introductions to each story by King.

A thrilling collection of twenty stories - some brand new, some published in magazines, all entirely brilliant and assembled in one book for the first time - with a wonderful bonus: in addition to his introduction to the whole collection, King gives readers a fascinating introduction to each story with autobiographical comments on their origins and motivation... The No. 1 bestselling writer has dazzled readers with his genius as a writer of novellas and short story fiction since his first collection NIGHT SHIFT was published. He describes the nature of the form in his introduction to the book: 'There's something to be said for a shorter, more intense experience. It can be invigorating, sometimes even shocking, like...a beautiful curio for sale laid out on a cheap blanket at a street bazaar.' In THE BAZAAR OF BAD DREAMS there is a curio for every reader - a man who keeps reliving the same life, repeating the same mistakes over and over again, a columnist who kills people by writing their obituaries, a poignant tale about the end of the human race and a firework competition between neighbours which reaches an explosive climax. There are also intriguing connections between the stories; themes of morality, guilt, the afterlife and what we would do differently if we could see into the future or correct the mistakes of the past. Effervescent yet poignant, juxtaposing the everyday against the unexpected, these stories comprise one of King's finest gifts to his constant reader as well as to those fascinated by the autobiographical insights in his celebrated non-fiction title ON WRITING.