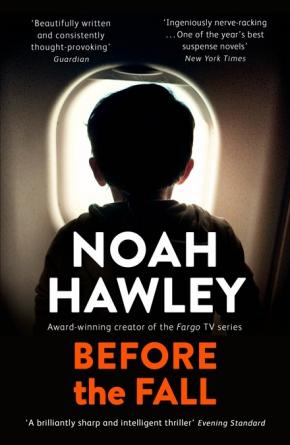 From the creator and writer of the Emmy Award-winning series Fargo. The rich are different. But fate is blind. Down-on-his-luck artist Scott Burroughs would usually take the ferry back to New York from Martha's Vineyard, but he is unexpectedly offered a spare seat on the Bateman family's private jet. Then just minutes after take-off, the plane crashes into the ocean and of the eight passengers and three crew, only Scott and the Batemans' small son, JJ, are left alive. The extraordinary nature of their survival, combined with the fact that David Bateman was CEO of a populist TV news channel, means that Scott will not be returning to anonymity. Along with the orphaned boy, he is engulfed by a maelstrom of speculation, which soon overtakes the official investigation into the tragedy. Who else was on the plane? Was there a bomb, a missile? Who is Scott Burroughs? As the chapters drive towards their heart-stopping conclusion, weaving with ever-increasing suspense between the shocking aftermath of the crash and the intimate backstory of each of the passengers and crew members, Noah Hawley creates a searching, thrilling novel of love, fame, wealth, art, entertainment and power.