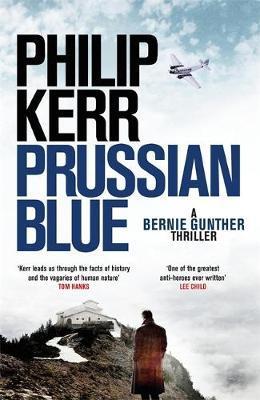 It's 1956 and Bernie Gunther is on the run. Ordered by Erich Mielke, deputy head of the East German Stasi, to murder Bernie's former lover by thallium poisoning, he finds his conscience is stronger than his desire not to be murdered in turn. Now he must stay one step ahead of Mielke's retribution.

The man Mielke has sent to hunt him is an ex-Kripo colleague, and as Bernie pushes towards Germany he recalls their last case together. In 1939, Bernie was summoned by Reinhard Heydrich to the Berghof: Hitler's mountain home in Obersalzberg. A low-level German bureaucrat had been murdered, and the Reichstag deputy Martin Bormann, in charge of overseeing renovations to the Berghof, wants the case solved quickly. If the Fuhrer were ever to find out that his own house had been the scene of a recent murder - the consequences wouldn't bear thinking about.

And so begins perhaps the strangest of Bernie Gunther's adventures, for although several countries and seventeen years separate the murder at the Berghof from his current predicament, Bernie will find there is some unfinished business awaiting him in Germany.