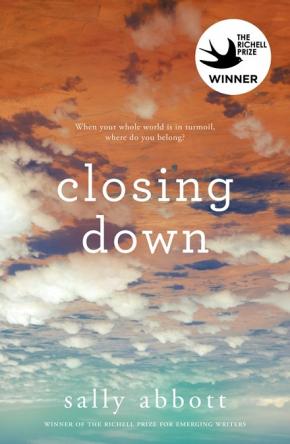 Conjuring a dark future for Australia, CLOSING DOWN gives us a glimpse into a world fractured by a financial crisis and the effects of global climate change. The inaugural winner of The Richell Prize for Emerging Writers.

"Like all good speculative fiction, Sally Abbott has taken what's happening in the geo-politico-social sphere and ramped it up to the nth degree." - THE BIG ISSUE, FOUR STARS

What would you do if all you held to be familiar was lost?

Australia's rural towns and communities are closing down, much of Australia is being sold to overseas interests, states and countries and regions are being realigned worldwide.

Town matriarch Granna Adams, her grandson Roberto, the lonely and thoughtful Clare - all try in their own way to hold on to their sense of self, even as the world around them fractures.

The past is long gone. The question now is: do they have a future?

An extraordinary and timely debut novel from a compelling new Australian voice.