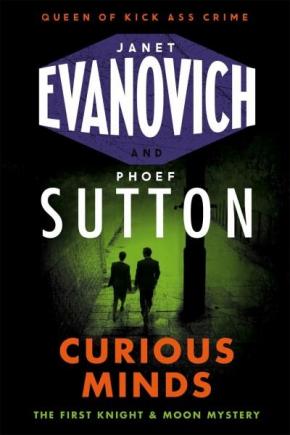 The first novel in a brand new series from No.1 New York Times bestselling author Janet Evanovich, co-written with the Emmy Award-winning screenwriter Phoef Sutton. CURIOUS MINDS by No. 1 bestselling author Janet Evanovich and screenwriter Phoef Sutton is a must-read thriller for fans of the Stephanie Plum mysteries including ONE FOR THE MONEY and TRICKY TWENTY-TWO.

They couldn't be less compatible, but they make a great team...

Riley Moon has just graduated from Harvard. Her assertive (some people might say aggressive) spitfire attitude has helped land a dream job at Blane-Grunwald bank. At least, Riley Moon thinks it's her dream job until she is given her first assignment: babysitting Emerson Knight.

An inquiry about missing Knight money leads to a missing man, missing gold and a life-and-death race across the country. Through the streets of Washington D.C., and down into the underground vault of the Federal Reserve in New York City, an evil plan is exposed. A plan so sinister that only a megalomaniac could think it up, and only the unlikely duo of the irrepressibly charming Emerson Knight and the tenacious Riley Moon could hope to stop it...