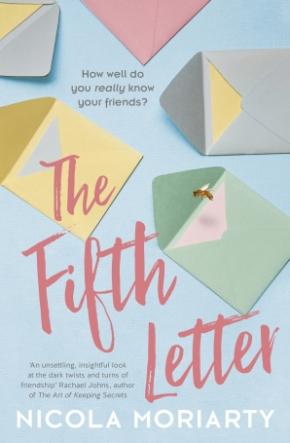 Joni, Deb, Eden and Trina try to catch up once a year for some days away together. Now in their thirties, commitments have pulled them in different directions, and the closeness they once enjoyed growing up seems increasingly elusive.

This year, determined to revive their intimacy, they each share a secret in an anonymous letter to be read out during the holiday. But instead of bringing them closer, the revelations seem to drive them apart. Then a fifth letter is discovered, venting long-held grudges, and it seems that one of the women is in serious danger. But who was the author? And which of them should be worried?

THE FIFTH LETTER examines the bonds of women's friendship groups, and the loyalty and honesty they demand, along with letting go of relationships that once seemed essential but are now outgrown.