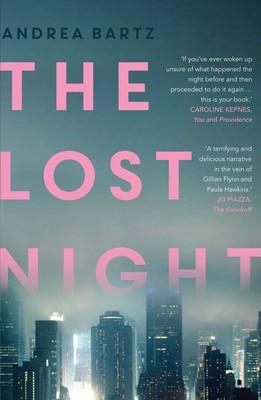 Edie was once the shining star in her 20-something circle in New York’s coolest neighbourhood. Like Andy Warhol’s muse, the seductive, beguiling and mercurial party girl had the social world in her thrall. Every girl wanted to be Edie, every boy wanted her, and she and her clique treated their slice of the city like a playground.
When Edie committed suicide at the end of a long, drunken night, no one could quite believe it. An overwhelming mix of grief, shock and resentment drove each of her ‘devoted’ friends into their own corner and, for years, that’s where they stayed.
Ten years later a chilling chance reunion forces Edie's best friend to wonder if there was more to her death. When a deeply unsettling video from that wild and terrible, hazy night emerges she starts to wonder if Edie was actually murdered – and, worse, if she herself was involved.
As Lindsay turns detective on her own life, revisiting events everyone would rather forget and interrogating her own fractured memory, she is forced to confront the demons of her past. In a shocking twist, the truth emerges of what really happened that night ...