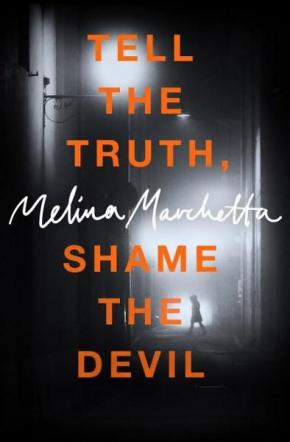 Tell the Truth, Shame the Devil

Chief Inspector Bish Ortly of the London MET, divorced and still grieving the death of his son, has been drowning his anger in a whisky bottle. Something has to give. He's no sooner suspended from the force than a busload of British students on tour in France is hit in a bomb attack. Bish goes immediately to the scene, not in an official capacity, but because his daughter Bee was on that bus. Four people have been killed and another four critically injured.

Bee has mercifully survived, and so too has seventeen-year old Violette LeBrac. Raised in Australia, Violette has a troubled background. Thirteen years previously her grandfather bombed a London supermarket, killing twenty-three people in the process. Her mother, Noor, who ultimately confessed to helping make the bomb, is serving a life sentence. But before Violette's involvement in the French tragedy can be established she disappears, along with a younger male student.

Bish Ortly has another interest in this case besides his daughter: he was involved in Noor LeBrac's arrest.