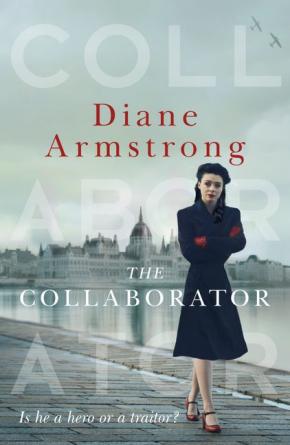 Diane Armstrong is a child Holocaust survivor who arrived in Australia from Poland in 1948. An award-winning journalist and bestselling author, she has written five previous books

It is 1944 in Budapest and the Germans have invaded. Jewish journalist Miklos Nagy risks his life and confronts the dreaded Adolf Eichmann in an attempt save thousands of Hungarian Jews from the death camps. But no one could have foreseen the consequences...It is 2005 in Sydney, and Annika Barnett sets out on a journey that takes her to Budapest and Tel Aviv to discover the truth about the mysterious man who rescued her grandmother in 1944. By the time her odyssey is over, history has been turned on its head, past and present collide, and the secret that has poisoned the lives of three generations is finally revealed in a shocking climax that holds the key to their redemption.