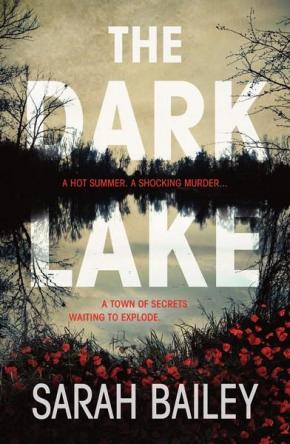 A hot summer. A shocking murder. A town of secrets, waiting to explode. A brooding, suspenseful and explosive debut that will grip you from the first page to the last.

A beautiful young teacher has been murdered, her body found in the lake, strewn with red roses. Local policewoman Detective Sergeant Gemma Woodstock pushes to be assigned to the case, concealing the fact that she knew the murdered woman in high school years before. But that's not all Gemma's trying to hide. As the investigation digs deeper into the victim's past, other secrets threaten to come to light, secrets that were supposed to remain buried. The lake holds the key to solving the murder, but it also has the power to drag Gemma down into its dark depths. The Dark Lake is an addictive crime thriller, a mesmerising account of one woman's descent into deceit and madness, and a stunning debut that is already causing a stir around the world.