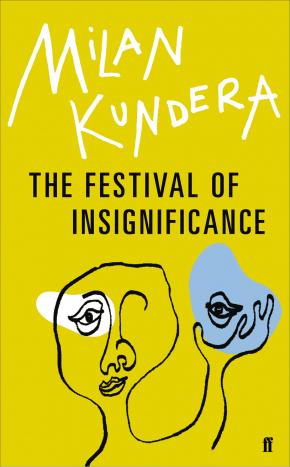 The Festival of Insignificance

The Festival of Insignificance follows four middle-aged men in modern-day Paris over the course of a couple of weeks during which all of them have time to reflect on their lives and the various ways in which they are, or have been made to feel, insignificant. Alain's mother abandoned the family when he was just ten; he finds consolation in his 20-year-old girlfriend in the full knowledge that the two of them are so distant in age that they can have very little in common. Charles works as catering staff at swanky cocktail parties hosted by people he detests, along with his friend Caliban, a failed actor nicknamed after the only role he ever had any success with - the two of them spend these tedious evenings pretending to be from far-flung lands, making up grammatically complex languages so as to maintain the pointless ruse. Ramon likes to dazzle others with his wit and to mock the failings of others but ultimately lives a lonely life. Casting light on the most serious of problems and at the same time saying not one serious sentence; being fascinated by the reality of the contemporary world and at the same time completely avoiding realism - that's The Festival of Insignificance.