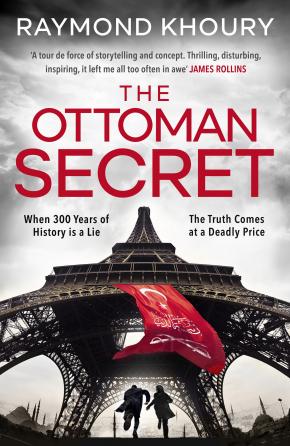 Bestselling author RK Khoury explores some of the biggest political questions of our time in a propulsive thriller set in a Europe ruled by the Ottoman Empire.

Kamal Arslan Agha is a patriot, loyal to the Sultan and his dominion over Europe. As a Special Investigator for the Tashkeelat-i Hafiye - the secret police - Kamal is on the front lines of the empire's harsh response to the increasing political and economic turmoil throughout the continent. But the Caliphate's efforts to impose law and order spare no one, and soon, Kamal's own family draws the attention of the Hafiye's ever-watchful eye.

His brother and sister-in-law have stumbled onto a secret, a piece of knowledge so profoundly dangerous that the Caliphate will do anything to suppress it.

With the very foundations of the Empire under threat, Kamal's family has only one choice: they must run. And whether or not they escape the long-arm of the Hafiye will determine not only their own fate, but the existence of the Caliphate itself - its past, its present, and its future.