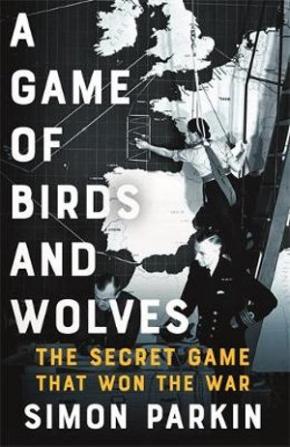 A Game of Birds and Wolves

Find out what is happening in the Atlantic, find ways of getting the convoys through, and sink the U-boats!' Prime Minster, Winston Churchill

1941. The Battle of the Atlantic is a disaster. Thousands of supply ships ferrying vital food and fuel from North America to Britain are being torpedoed by German U-boats. Prime Minister Winston Churchill is lying to the country about the number of British ships sunk. He is lying about the number of British men killed. And worst of all, unless something changes, he knows that Britain is weeks away from being starved into surrender to the Nazis. This is the story of the game of battleships that won the Second World War. In the first week of 1942 a group of unlikely heroes - a retired naval captain and a clutch of brilliant young women, the youngest only seventeen-years-old - gather to form a secret strategy unit. On the top floor of a bomb-bruised HQ in Liverpool, the Western Approaches Tactical Unit spends days and nights designing and playing wargames in an effort to crack the U-boat tactics. A Game of Birds and Wolves takes us from the sweltering fug of a U-boat as the German aces coordinate their wolfpack, to the tense atmosphere of the operation room as the British team plot battles at sea on the map. The story of Operation Raspberry and its unsung heroines has never been told before. Investigative journalist Simon Parkin brings these hidden figures into the light and shows the ingenuity, perseverance and love needed to defeat the Nazis in this gripping tale of war at sea.