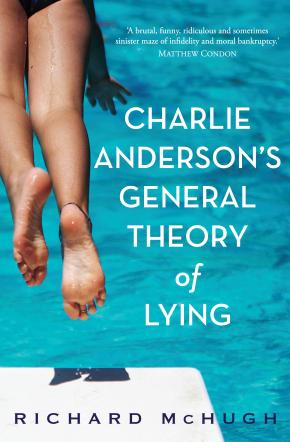 Ranging from the politics of the bedroom to the post-GFC economy, Charlie Anderson's General Theory of Lying is a wildly entertaining portrait of coming unstuck. Funny, provoking and confronting, it is a remarkable debut novel that shows us afresh the world we live in now.

Charlie Anderson is sure of himself. He's sure he's the best consultant in town. He's completely sure his clever wife Anna, in line to be the first female CEO in the Bank's history, is the love of his life and his three smart, happy daughters are the centre of his world. And there's no question in his mind he's a first-class liar and seducer. In all things, Charlie knows the rules of the game. But what happens when he meets someone who can outplay him? Or when Anna's rising star threatens to outshine his own? Or when his daughters begin to draw the attention of men – maybe even men like him?