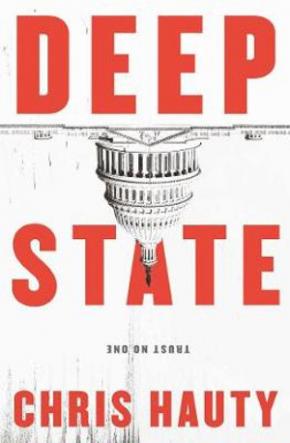 Set in present day Washington, D.C., with all of that city’s current political drama, polarization, ferocious turf battles and paranoia-inducing intrigue, Deep State introduces 25-year-old West Wing intern and ex-Army veteran, Hayley Chill. Hayley discovers the body of the White House chief of staff on his kitchen floor and a single clue suggests her boss has died from something other than natural causes. With a resolute pursuit of the truth and at ever-increasing personal peril, Hayley begins to uncover shocking evidence of a wide-ranging conspiracy.

Code-named Operation Shady Side, the plot is orchestrated by a half dozen long-established government figures, members of the eponymous ‘Deep State’, united in their effort to undermine a newly elected and highly controversial president who threatens their accumulation of power. Friends are exposed as enemies, normally dependable authorities fall under suspicion and no one seems to be who they say they are. Without a single ally whom she can unequivocally trust, Hayley is compelled to rely on her own resources to solve a deepening mystery while at the same time evading detection by powerful conspirators hell-bent on determining their sole adversary’s identity. Ultimately, it is the president’s very life that Hayley single-handedly must defend as the story hurtles toward its astonishing climax.