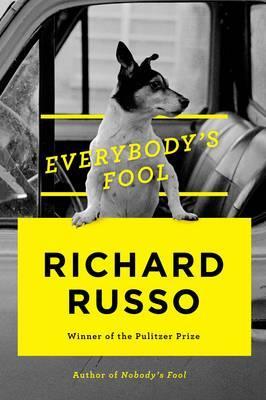 The great American master Richard Russo, at the very top of his game, returns to the characters who made Nobody's Fool (1993) a contemporary classic.

Richard Russo's new novel takes place in the decaying American town of North Bath over the course of a very busy weekend, ten years after the events of Nobody's Fool. Donald 'Sully' Sullivan is trying to ignore his cardiologist's estimate that he has only a year or two left. Ruth, his long-time lover, is still married to Zach and running Hattie's lunch counter, though she's increasingly distracted by her former son-in-law, fresh out of prison and intent on making trouble. Police chief Doug Raymer is obsessing over the identity of the man his wife might have been about to run off with before she died in a freak accident, while local wiseguy Carl Roebuck might finally be running out of luck.

Add a funeral, an escaped cobra, a collapsed building and a lot of beer to the equation and you have a novel which is a pure pleasure to read - genuinely funny, enormously heartfelt and imbued with the warmth and wisdom that are Richard Russo's stock in trade.