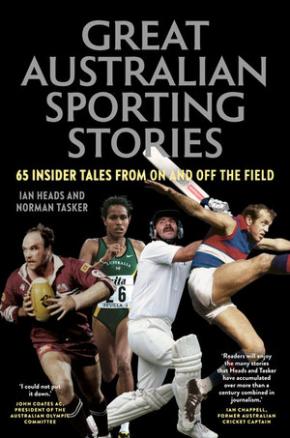 65 INSIDERS TALES FROM ON AND OFF THE FIELD

Australia enjoys a rich sporting heritage. Our small population has yielded a disproportionate number of champions. These sports stars have become known worldwide as fierce combatants and honourable competitors, achieving soaring victories, but also heart-pounding near-wins and humbling defeats. Veteran Australian sports journalists Ian Heads and Norman Tasker have seen it all. In these 65 original stories, we hear of the explosive introduction of World Series Cricket in 1977, which turned a genteel endeavour into a high-octane contest, and the clash of the titans as Packer and Murdoch squared off over the Super League war. We see Rugby Union become a battleground for race and the Olympics an arena for sublime acts of courage and achievement. We get an insider's perspective on every kind of sporting endeavour - from boxing to tennis, cricket to AFL, athletics to rugby league - and not just the action on the field, but the change room gossip and clubhouse politics as well. Written with wit, insight and a wealth of knowledge, Great Australian Sporting Stories is an enthralling expedition into the combative, collegiate, entertaining and always exciting world of Australian sport.