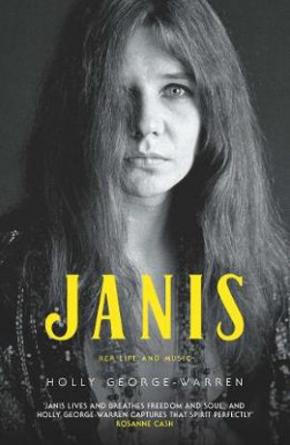 From the bestselling author of Holly George-Warren

It’s been said Janis Joplin was second only to Bob Dylan as the ‘creator-recorder-embodiment of her generation’s mythology’. But how did a middle-class girl from Texas become a ’60s countercultural icon? Janis’ parents doted on her and promoted her early talent for art. But the arrival of a brother shattered the bond she had with her intellectual maverick of a father, an oil engineer. And her own maverick instincts alienated her from her socially conformist mother. That break with her parents, along with the rejection of her high school peers, who disapproved of her beatnik look and racially progressive views, and wrongly assumed she was sexually promiscuous, cemented her sense of herself as an outcast. She found her tribe with a group of offbeat young men a year ahead of her, who loved her intellectual curiosity, her passion for conversation, and her adventurous search for the blues. Although she never stopped craving the approval of her parents and hometown, she left Port Arthur at seventeen determined to prove she could be loved. She tried college twice, and dropped out both times. She ran off to California, but came back when her heavy drug use scared her into it. She almost signed up for a life as a domesticated, hang-the-curtains wife. But instead, during a second stint on the West Coast, she launched a career that would see her crowned the queen of rock and roll. What no one besides Holly George-Warren has captured in such intimate detail is the way Janis Joplin teetered between the powerful woman you hear in her songs and the little girl who just wanted to go home and feel emotionally safe there. The pain of that dichotomy fuelled her music – and ultimately killed her.