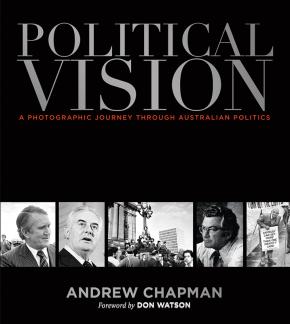 A photographic journey through Australian politics.

‘Those who were there will be reminded in an instant, not only of the men but of an era, and of a drama whose last act had yet to be played out. Those who weren’t there, but who want to know what it was like, will find in those photographs a fertile place to start.’ – Don Watson Political Vision provides a behind-the-scenes view of Australian politics from the 1970s to 2000s, from Whitlam to Abbott, framing the past in a series of unforgettable images, and providing an unflinching look at the election process while reflecting upon the changing face of the political landscape in Australia.