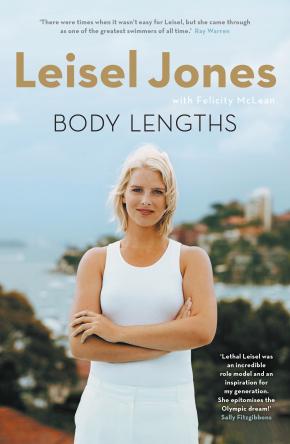 'From the moment I am born, I am like no-one else around me. I am a fish out of water. Even in the pool.'

Leisel Jones is rightly regarded as one of the greatest breaststrokers ever. At just fifteen, she won two silver medals at the Sydney Olympic Games in 2000; she went on to win gold at Athens and Beijing, and at London 2012 became the first Australian swimmer to compete at four Olympics. For the first time, Leisel candidly describes what it's like to be thrust into the limelight so young. She reveals the constant pressure she was under – from coaches, from the media and from herself – to be perfect. Despite the highs of her swimming stardom, she suffered depression, and at one time planned to take her own life. In London, criticised in the media for her weight, and appalled by the bulling and dysfunction in the Australian swim team, Leisel nevertheless handled herself with great composure. She has emerged with maturity and good humour, having finally learnt how to be herself and live with confidence. Body Lengths is the inspiring story of an Australian sporting hero, told with humour, optimism and style.

The Last Lions of Africa

Museum of Whales You Will Never See