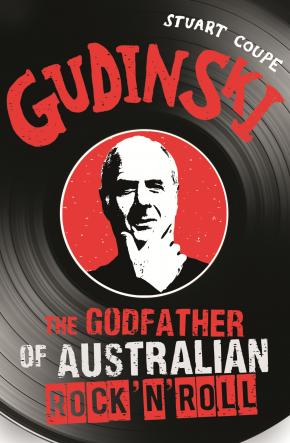 The real story of the man behind the bands - and a backstage pass to forty years of Australian rock music.

Known to many as GODinski, Michael Gudinski is unquestionably the most powerful and influential figure in the Australian rock'n'roll music business - and has been for the last four decades. Often referred to as 'the father of the Australian music industry', he has nurtured the careers of many artists - Kylie Minogue, Jimmy Barnes, Paul Kelly, Skyhooks, Split Enz, Yothu Yindi, to name just a few. But his reach isn't limited to Australian artists. With his Frontier Touring Company, Gudinski has toured The Rolling Stones, Frank Sinatra, Bob Dylan, Bruce Springsteen, Madonna, Sting ... pretty much a who's who of the arena level international music scene. A self-made multi-millionaire, Gudinski is the Australian equivalent of Richard Branson or David Geffen, but who is this tough, inspired, flamboyant and impassioned businessman who has shaped Australian popular culture? Where did he come from, and how has he stayed relevant for so long in an industry notorious for its fickleness? Rock journalist Stuart Coupe delves into Gudinski's life to find the answers - and in doing so gives us a backstage pass to forty years of Australian rock.