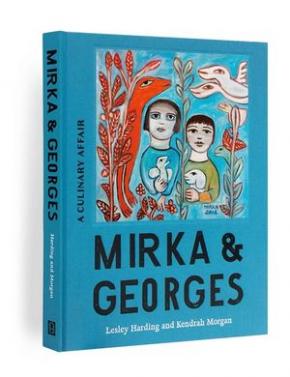 The impact of Mirka and Georges Mora on Australian art and food has been remarkable.Arriving in Melbourne in 1951 from Paris, they energised local society and transformed the culinary and artistic landscapes.

Their apartment became a hub for the bohemian set, and their cafes and restaurants brimmed with sophisticated food, sexual intrigue and creative endeavours. Mirka's distinctive art, now collected by major galleries, was a vital part of this heady mix.

Their eateries were magnets to the rich and famous, a who's who of the art world and those looking for a seriously good time. Mick Jagger was a customer. As were Bob Dylan, Barry Humphries, Jean Shrimpton, Ava Gardner, Gregory Peck, Marlene Dietrich, Fred Astaire, Maurice Chevalier and Graham Kennedy.