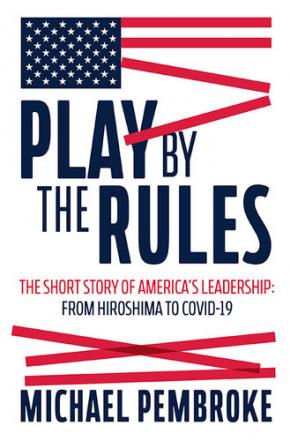 InÂ Play by the Rules, acclaimed writer and historian Michael Pembroke offers a fresh take on the USAâ€™s vast influence and asks whether it is still a force for good.

In the heady days after 1945, the authority of the United States was unrivalled. But seventy-five years later, its influence has already diminished. The world has now entered a post-American era defined by the rise of Asia and the return of China, as much as by the decline of the United States. This book is a short history of that decline; how high standards and treasured principles were ignored; how idealism was replaced by hubris and moral compromise; and how adherence to the rule of law became selective. Play by the RulesÂ is also a look into the future â€“ a future dominated by greater Asia and China in particular. We are in the midst of the third great power shift in modern history â€“ from Europe to America to Asia. Washingtonâ€™s failure of leadership during the COVID-19 pandemic is accelerating history.