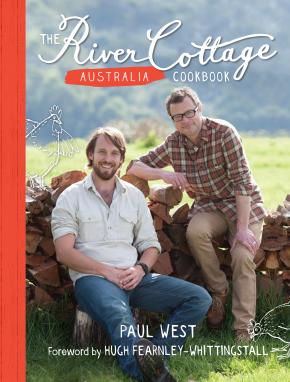 Hugh Fearnley-Whittingstall has sowed the seed for a brand new River Cottage - in Australia! Somewhere between Melbourne and Sydney, and nestled between the pristine Sapphire Coast and the imposing Mount Gulaga, lies the beautiful old dairy farm which is now the home of River Cottage Australia, and 'new Hugh' Paul West. Paul is a fresh, exciting face on the global food scene, as well as a brilliant presenter. Predictably, there is a healthy dose of competition between Hugh and Paul. They have fought over who can catch the first octopus and have raced to find the first mushroom of the year. But they have similar passions - sustainability and environmental issues being at the forefront - and on the farm they discover fantastic bounty as they forage for food and share the products of their culinary skills with the locals. Featuring recipes from the first three series of River Cottage Australia, this is the cookbook that will reveal the delicious dishes which Paul has been creating on the farm. The book is divided into seven chapters and includes more than 120 recipes such as pumpkin scones, roasted octopus salad, baked salmon, spiced aubergine salad, pig on a spit, borlotti bean broth, raw courgette salad and warm curb cake with honey rhubarb. With a preface by Hugh (and a sprinkling of his recipes throughout), plus atmospheric, beautiful photography by Mark Chew, this is one of the best cookery books of the year.

Olive, Mabel and Me